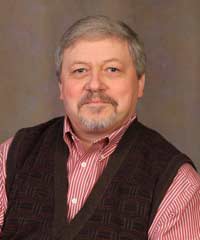 Before joining the MSU music faculty in 1995, Dr. James Parsons taught at the University of North Texas and the University of Missouri, Columbia.  In 2004 he edited and contributed two essays to The Cambridge Companion to the Lied (Cambridge University Press). A frequent speaker at conferences in the United States, England, the Czech Republic, Germany, Hungary, and Ireland, he has written on the music of Mozart, Johann Friedrich Reichardt, Beethoven, Schubert, Hanns Eisler, and Ernst Krenek for such publications as Austrian Studies, Beethoven Forum, Early Music, the Journal of the American Musicological Society, Journal of Film Music, Music Analysis, Music & Letters, Nineteenth-Century Music Review, and Telos. He is at work on a book-length study of twentieth-century German song, a body of music known in German-speaking countries as the Lied. His research has been funded by the National Endowment for the Humanities and a Senior Fulbright Research Fellowship. Dr. Parsons teaches a wide range of courses at MSU including Music 345 and 346 (Music in Western Culture and Society I and II), Music 700 (Introduction to Graduate Study in Music), and upper-level music history seminars covering topics from the Middle Ages to the present.