The Jane A. Meyer Carillon Series 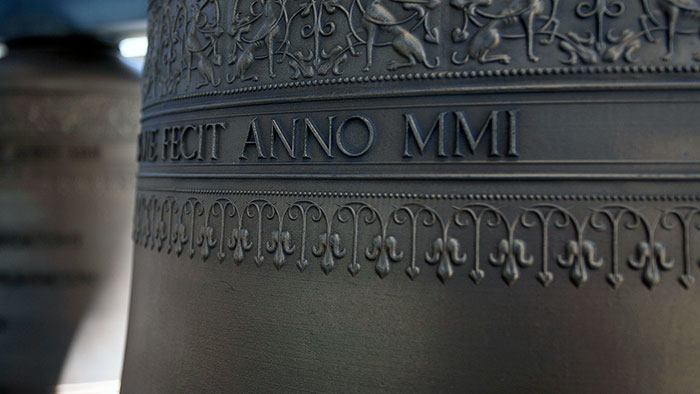 The carillon is an extraordinary musical instrument with a history as rich as it is long. For more than five centuries, the carillon has been a voice for the hopes, aspirations and joys of humankind.

Carillons evolved in the lowlands of Holland, Belgium and northern France. The rich mercantile towns of the lowlands exhibited their status by installing fine carillons in their church towers, and arranging tunes to be played every quarter hour (or more often!) by an automatic mechanism. The town carillonneur played on market days and holidays. It was said that good bells and good schools were the sign of a well run city.

Often referred to as the “world’s largest instrument,” carillons range from 23 to 77 bells. They are played using a manual keyboard located in the playing cabin below or aside the bells. The keyboard is made up of baton-shaped keys, wooden levers with rounded ends, and pedal keys. Carillonists (Carillonneurs) play the baton keys with gentle strikes of a closed fist and playing the pedal keys with their feet, controlling intensity and volume by the force applied to each key. The bells do not move but are fixed to beams in the tower. The pressing of the keys and pedals releases the bell’s clapper, which strikes the bell to produce the sound. On smaller bells, return springs are attached to the clapper to ensure that it recoils quickly enough so that it doesn’t deaden the bell’s sound due to a prolonged impact.

The evolution of contemporary carillons occurred primarily in the Netherlands, Belgium and other areas of lowland Europe, where foundries instituted a renaissance for the instrument in the 16th and 17th centuries. By the time of the French Revolution, the carillon had largely fallen out of favor, but developments in Belgium, England and the United States renewed interest in carillons in the 20th century. 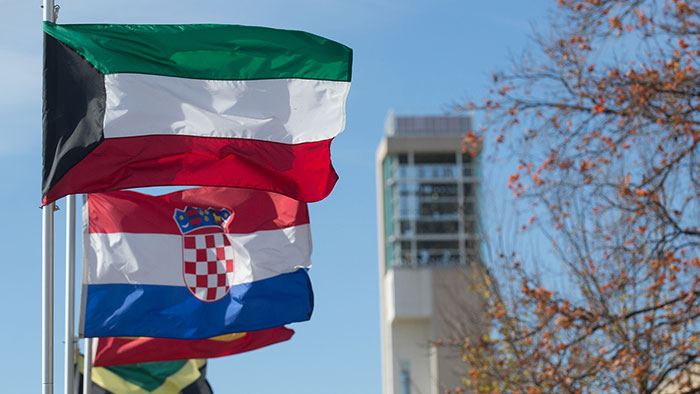 Learn about the world's largest instrument and Jane A. Meyer's commitment to MSU and the arts. 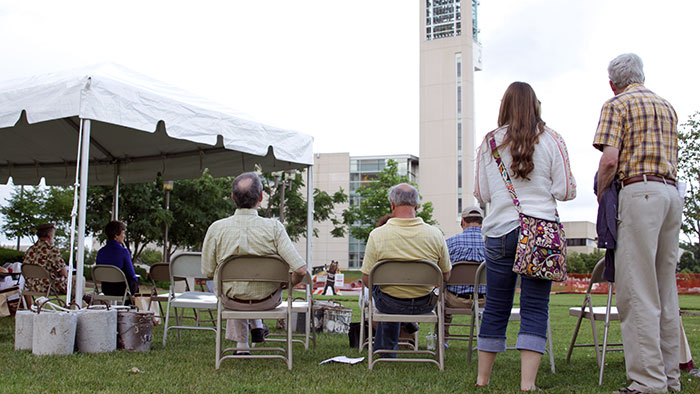 About the Carillon Series

Learn more about Jane A. Meyer's commitment to MSU and the arts.