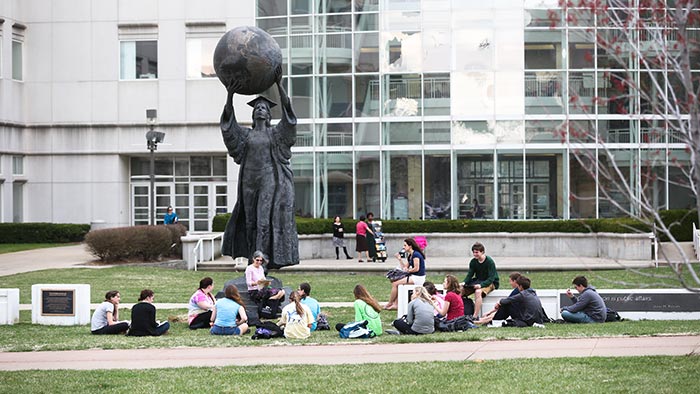 The task forces all discussed a half-dozen principles that were so pervasive that they did not fit neatly into a single report, but rather were embraced by all six. These six guiding principles, therefore, are described here and not emphasized in the six task force summaries:

Student success is priority one

The University’s goal is clear: Help students succeed, however they personally define “success.” For most students, success means maturing, gaining a strong educational foundation and becoming skilled in a particular academic area that will support a career. Consistent with the public affairs mission, other measures of success are the contributions students make to their communities, state and nation.

Continuous improvement toward excellence is the goal 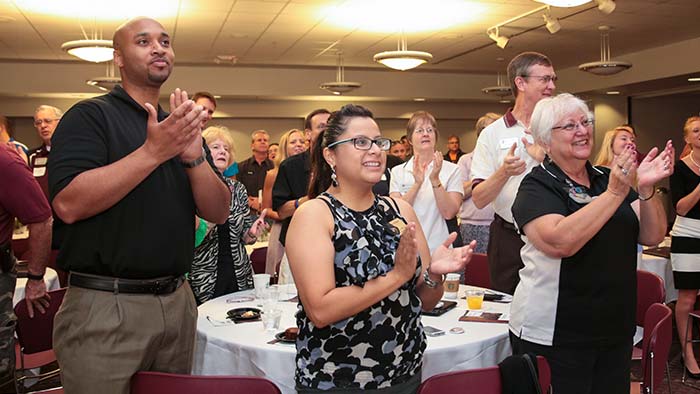 It is not possible to overstate the importance of attracting and retaining talented faculty, staff and administrators. Talent will be required to achieve the visions identified by the six task forces. From the recruitment and hiring, to orientation and professional development, to compensation packages, there must be a focus on talent. Simply stated, Talent = Brand.

For the 20 years since 1995, Missouri State has benefited from a strong and consistent mission statement. The statewide mission in public affairs is distinctive, meaningful and memorable. Since it was established, the mission has been continuously incorporated into all aspects of campus life. Each generation of employees and students has explored the meaning of and built upon the mission. With its three pillars of ethical leadership, cultural competence and community engagement, the public affairs mission provided a foundation for all six task forces.

Rather than gazing into a hazy crystal ball to predict the future, the task forces chose instead to focus on improving the University’s agility in dealing with whatever changes might occur in the next 10-12 years. The increased agility comes in three primary areas: 1) People – hiring and retaining talented faculty, staff and administrators (see item at left) who possess both the talent and adaptability to help the University achieve its goals; 2) Policies and procedures – reviewing, revising, streamlining or eliminating policies and procedures to shorten the time between idea and implementation; and 3) Processes – improving processes to better serve constituents: students, parents, donors, alumni and the public. Missouri State has control over these and, therefore, can positively impact all three.

Partnerships and allies will be key

As well as Missouri State has done identifying allies and developing partnerships, it will need to expand those efforts even more in the future. Internally, the partnerships – more often known as “interdisciplinary work” – will be necessary in academic preparation and research initiatives. Employers will insist that students have interdisciplinary experiences that provide them with context and an appreciation for the interconnection between functions. Academic units and faculty will need to cooperate even more to live up to that expectation. Externally, the need for allies and partnerships is almost endless: with business, industry, chambers of commerce, state agencies and entrepreneurs on applied research all to help spur economic development; with leaders from the city, county and faith communities on increasing diversity; with health care and other employers to provide practical professional experience for students; with other schools at all levels to offer academic programs and training, to conduct joint community projects, and to advocate for public higher education funding; and with other countries and their universities to develop fully Missouri State’s vision for globalization.