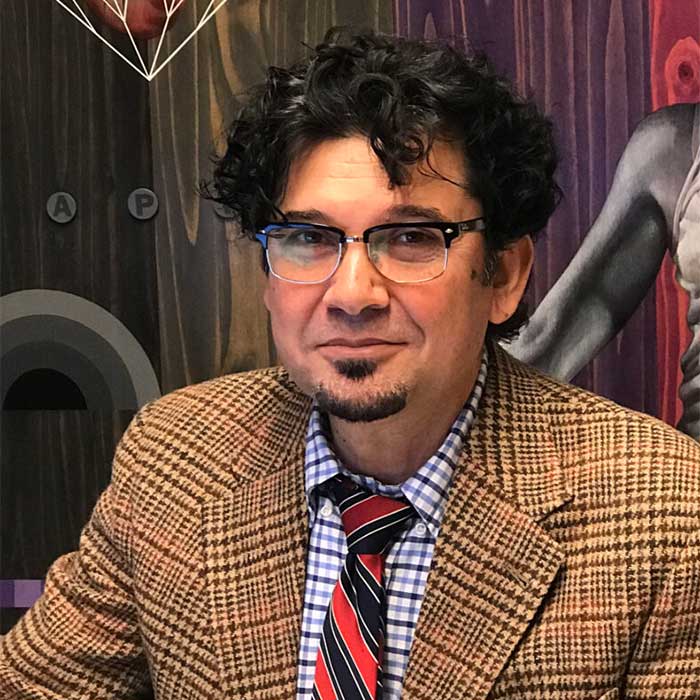 Dr. Fatih Benzer is an assistant professor and the coordinator of the art education program in the Department of Art and Design at Missouri State University in Springfield, Missouri. He earned a doctoral degree in art education from Arizona State University and a Master of Arts degree in painting from California State University. Benzer's areas of interest are studying visual cultures through semiotics, issues related to diversity and multicultural education, as well as the role of digital technologies in teaching art. His research has been published by National Art Education Association. He also published essays on contemporary art in RH+ Art Magazine in his native country, Turkey. Benzer has presented his research both in national and international venues such as Japan, South Korea, Portugal, Canada, and the United Kingdom. He is the past president of United States Society for Education through Art. He teaches all levels of undergraduate art education and studio courses, as well, graduate courses. His iconographic paintings are inspired by ancient mythologies from Greek, Ottoman and Persian miniatures, whirling dervishes in Sufi belief represented by Rumi’s ecstatic poetry of freedom and devotion, and abstracted geometry inspired by antique Greek, Egyptian and Byzantine architecture. The concepts such as stigma, stereotypes, and co-existence are the main themes in his current work. His artwork has been exhibited both in international and national exhibitions. 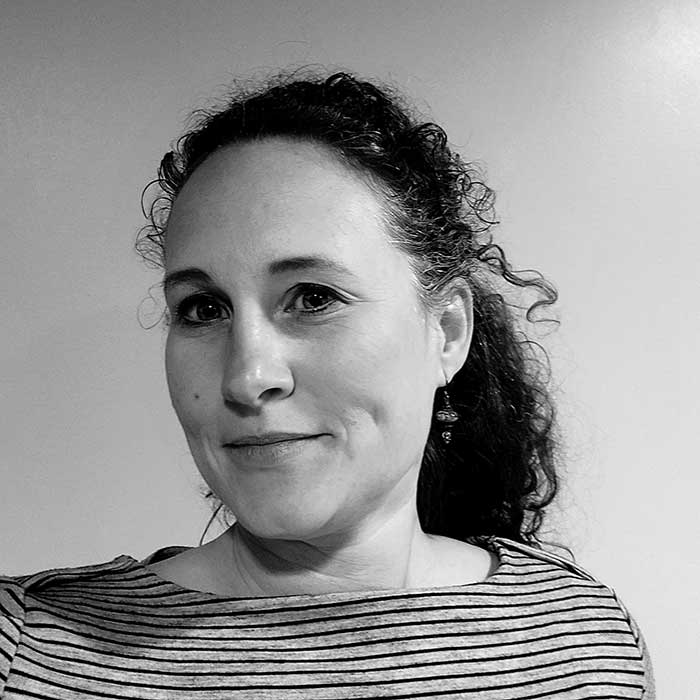 Jennifer Brandel (AIA, NCARB, NOMA) is an assistant professor of architecture at the School of Design, Architecture and Art at North Dakota State University. She holds a professional Bachelors of Architecture and a Masters of Fine Arts degree. Her creative works include ceramic, drawing and sculptural works primarily engaged in an exploration in the relationship between human and environmental processes. 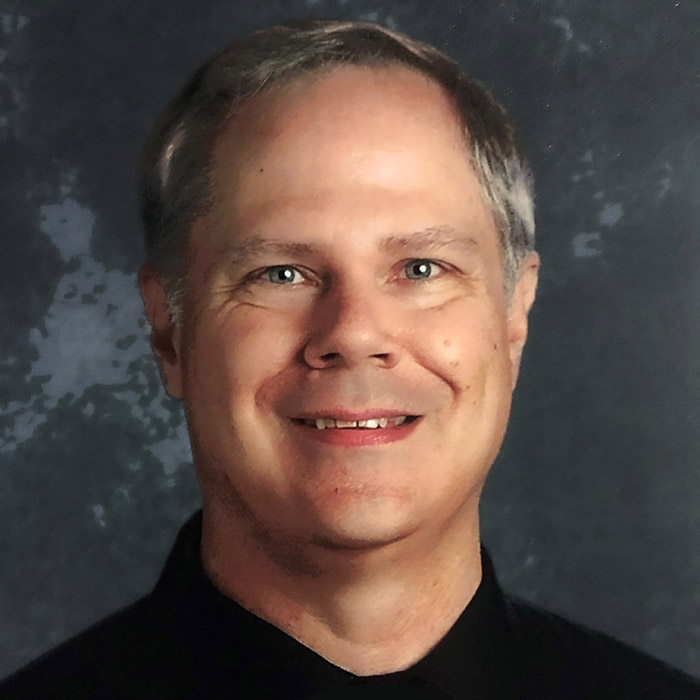 Michael Butcher has a passion for working in the theatre. He has taught theatre for 32 years. In that time, he spent 22 years as the theatre teacher/director at Kickapoo High School and is currently teaching at Gloria Deo Academy in Springfield, Missouri. He earned his bachelor’s degree in Speech and Theatre from Missouri State University and holds a master's degree from Drury University.

Butcher has directed and produced over 100 plays and musicals including his two all-time favorites "Les Misérables" and "The Phantom of the Opera." In 2019, his students' production of "Into the Woods" was selected to perform at the Kansas City Music Hall. His students have won many State Thespian Conference awards and scholarships. And many of his students have qualified to compete at the International Thespian Festival and several have placed in the top ten in the world and have received international scholarships. His students have also won district and state honors through MSHSAA one-act play and readers theater competitions. Butcher has been an instructor for Drury’s pre-college programs for over 25 years and has previously served as an instructor for the Missouri Fine Arts Academy. Many of his former students have gone on to have successful careers as professional actors, technicians, performers, and teachers. He is a member of the Speech and Theatre Association of Missouri and the Educational Theatre Association. 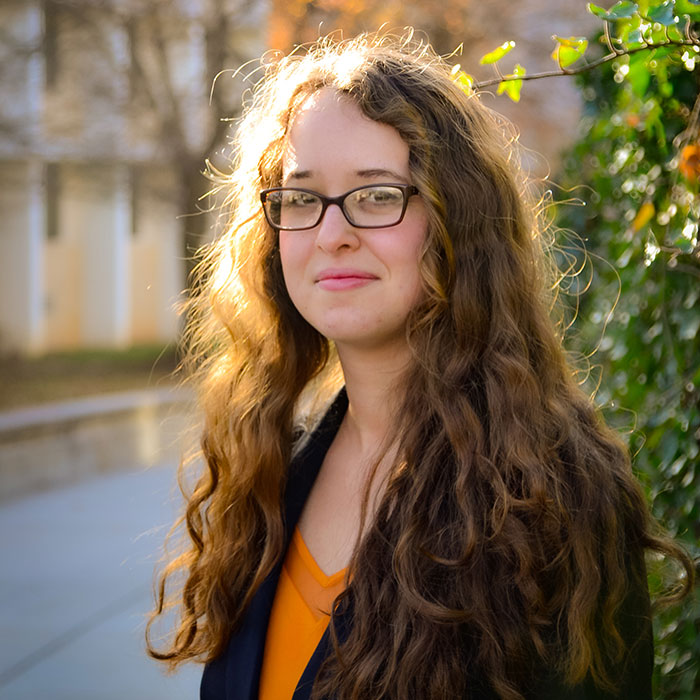 Gemma Campanini is an aspiring professor and graduate teaching assistant in the Department of Communication at Missouri State University, teaching COM 115: Fundamentals of Public Speaking. She is the director of the monthly Show Me Poetry poetry slam at Nathan P Murphy’s in Springfield, Missouri, and she is the founder of Oh Snap Poetry, a quarterly open mic night for poetry in Lake of the Ozarks. She also co-founder and an active participant in the Making Pages writers group. Campanini has been actively writing since she first learned to use a pen, beginning with short fiction and later expanding into performance poetry, and she is now dabbling in creative nonfiction. A piece of her short fiction work was recently published in Waxing and Waning: A Literary Journal. Outside of her professional and artistic endeavors, Campanini loves hiking, tea, cats, and spending time with loved ones. 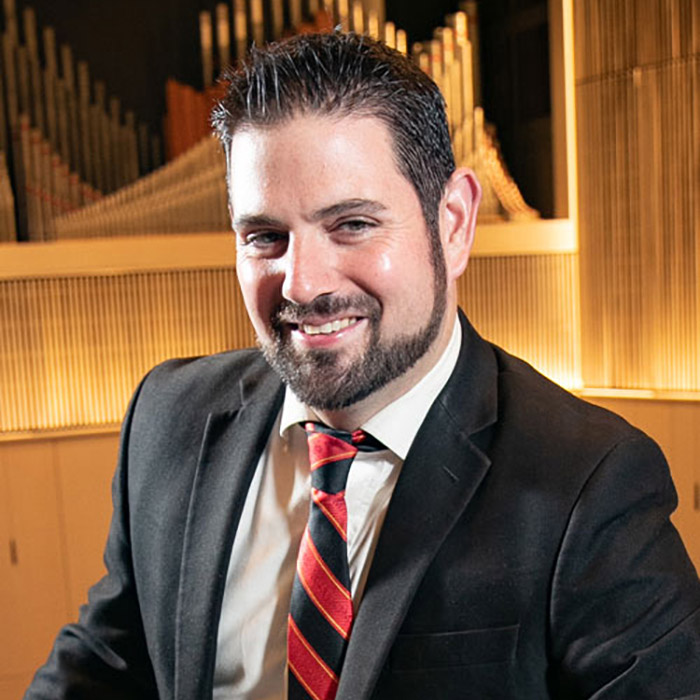 Equally at home as a performer and a teacher, Dr. Jason Hausback has been active in many musical spheres. Prior to his arrival at Missouri State University, Hausback was the Adjunct Professor of Low Brass at Eastfield College (Mesquite, Texas), and Brookhaven College (Farmer’s Branch, Texas). He was also a teaching fellow in both the trombone studio and the jazz studies department at the University of North Texas. Under his direction, the U-Tubes won the 2010 Eastern Trombone Workshop National Jazz Trombone Ensemble Competition, and issued their first CD entitled “The U-Tubes” in the spring of 2011. While a student at UNT, Hausback was also a member of the internationally-acclaimed One O’Clock Lab Band and was on the recording “Lab 2009,” which was subsequently nominated for two Grammy Awards. 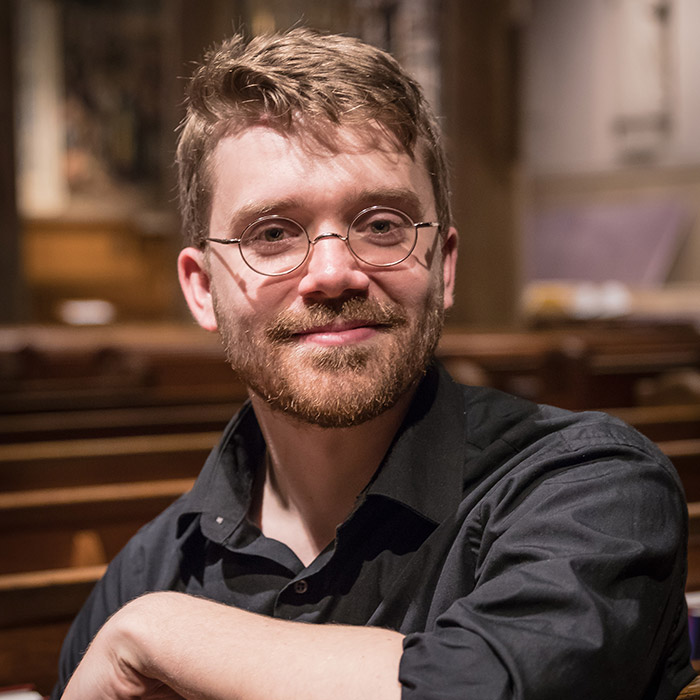 Jacob Hiser is a versatile pianist and violinist who performs and studies a variety of musical traditions. Born and raised in southern Missouri, he grew up playing bluegrass, blues, and classical music, eventually discovering jazz and graduating from Missouri State University with a bachelor’s degree in Jazz Studies. In 2014, he moved to Boston to attend New England Conservatory's Contemporary Improvisation program, graduating with his master's degree in 2016. While there, he studied with Ran Blake, Bruce Brubaker, Joe Morris, and Frank Carlberg, and performed in concerts coached or directed by John Zorn, Jason Moran, Anthony Coleman, and Simon Carrington.

Hiser has performed all over the United States, as well as Canada, France, Germany, Hungary, and Australia. In 2019, he was accepted in to the International Workshop in Jazz and Creative Music at Banff Centre for the Arts in Alberta, Canada, where he spent three weeks creating music with 45 other improvising musicians from around the world and working closely with faculty Vijay Iyer, Steph Richards, Tyshawn Sorey, Okkyung Lee, and many others. Currently, Hiser is piano faculty at University of Massachusetts Lowell, pianist for Boston Children's Chorus, and music faculty/collaborative pianist for Phillips Exeter Academy. 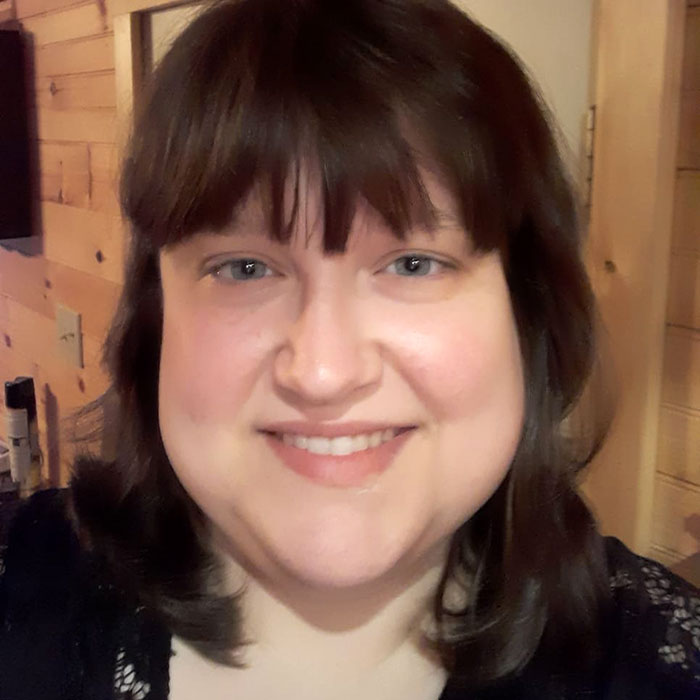 Dr. Shaylin Montgomery is an English and speech/drama teacher at Clearwater High School in Piedmont, Missouri. She has a bachelor’s degree in English education, with a minor in small press publishing, and a master’s degree in professional writing from Southeast Missouri State University; she is currently working on her doctorate at Indiana University. She has spent time at the Diary Hollow Writer’s Colony in Eureka Springs, Arkansas. She has also attended and presented at several conferences including the annual conference for the Midwest Popular Culture Association. Montgomery's poetry and short fiction have appeared in such venues as Journey Magazine and The Mighty River Rose Anthology. 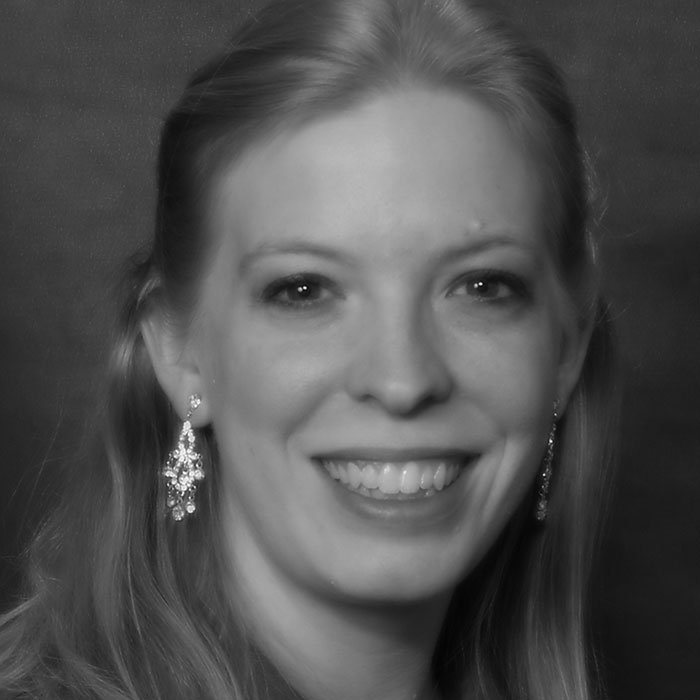 Dr. Heather Nelson, mezzo soprano, loves all the things that have to do with the singing voice and telling other voice teachers about all the neat things she learns. Based in Springfield, Missouri, she works with voice teachers from all over the world to understand the voice better, and use that knowledge to make a positive difference in their studios. She enjoys cooking (and eating) good food, British TV, and spending time with Sis the cat. Learn more about Nelson at www.drheathernelson.com and www.instagram.com/drheathernelson. 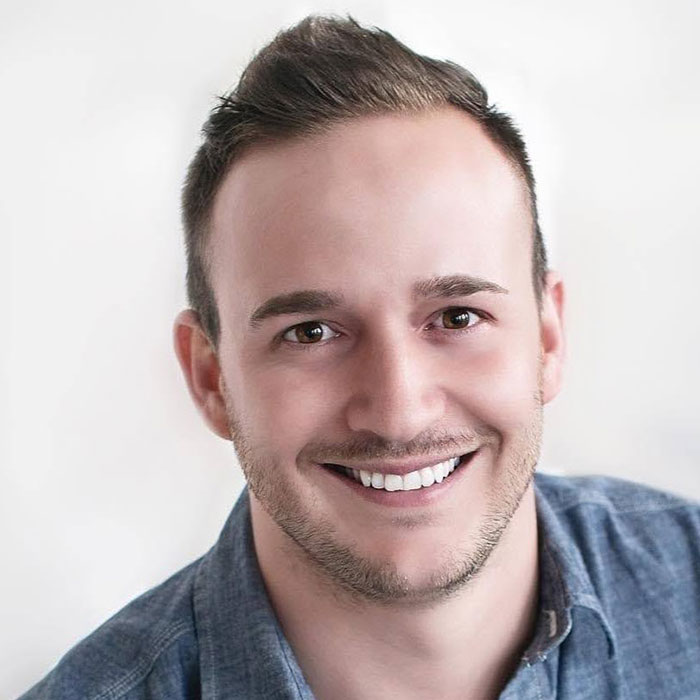 Kaleb Patterson is a choral and musical theater director at Marshfield Junior High School in Marshfield, Missouri, teaching grades 7-12. Patterson graduated from Oklahoma City University with a Bachelor of Music in Musical Theater Performance in 2011, where he sang in Dr. Randi Von Ellefson’s choirs, and studied voice with Mr. Larry Keller. He spent the first five years of his career as a professional singer and actor, traveling the world with companies including Carnival Cruise Line, Busch Gardens, and other regional productions across the midwest. Patterson has served as tenor section leader for the Bruton Parish Choirs in Colonial Williamsburg, Virginia, from 2018-2020, Artistic Director for the Richmond Men’s Chorus from 2018-2020, and was honored to perform often as a tenor with the Schola Cantorum at the Richmond Cathedral. Throughout his six years in education, he has directed, music directed or choreographed more than ten productions, and enjoys being on both sides of the table. Patterson continues to perform locally as a tenor/baritone with the Springfield Chamber Chorus, and with professional and community theater productions. He is currently pursuing his Master of Science in Educational Administration degree at Southwest Baptist University, with a graduation date of May 2022. Patterson attended MFAA in 2006 and was an RA in 2010. 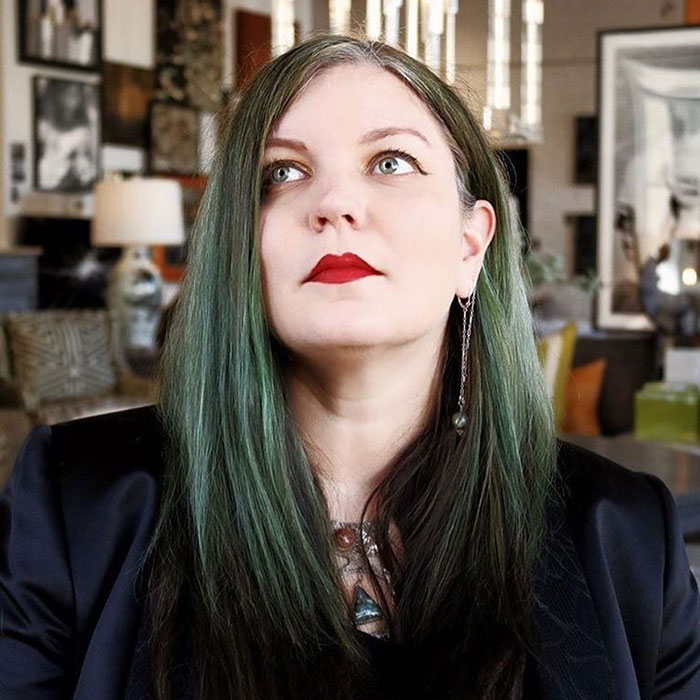 Meganne Rosen is a painter and arts educator from Springfield, Missouri. She has a Master of Fine Arts (MFA) in painting from California College of the Arts (CCA), an additional master's degree in studio art and theory, and an undergraduate degree in art history. Rosen teaches in the Department of Fine Arts and Humanities at Ozarks Technical Community College and has an active studio practice. She has previously taught at Missouri State University, Drury University, CCA, and the Missouri Fine Arts Academy. Rosen has over ten years of collegiate teaching experience and is always excited for opportunities to work with gifted high school artists. 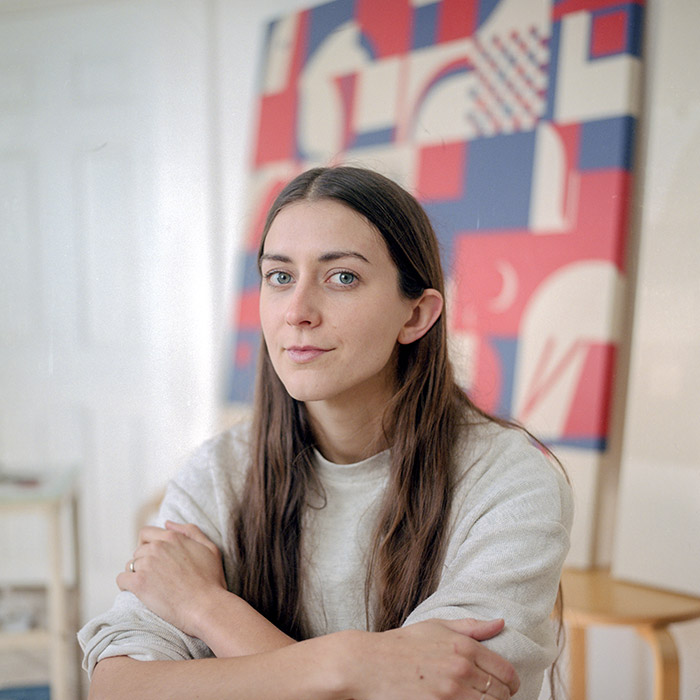 Erin Tyler holds a Bachelor of Fine Arts in Painting and a Bachelor of Science in Education from Missouri State University and will join the MFA Visual Studies program in the Fall of 2022. In 2012, Tyler attended Missouri Fine Arts Academy as a student and returned as an instructor in 2019. She began her self-led art practice with detail-focused drawings in pencil and charcoal. Her current art practice involves painting, installation, and collage and often relies on found objects, systematic art-making processes, experimentation, and chance. Tyler previously worked as a Teaching Artist at the Springfield Art Museum and is currently working as a studio artist.