The Big Eddy site is a stratified, multicomponent site  in southwest Missouri. Excavations in 1997, 1999, 2001, and 2002 produced important information on a variety of time periods. The site is best known for its stratified Paleoindian deposits (San Patrice, Dalton, and Clovis) and possible evidence of pre-Clovis occupation. The site also contains a nearly complete record of use during the  Archaic period. Research has also focused on regional studies of archaeological sites and landforms in the Sac River valley. Several detailed monographs are available for purchase. You can also learn more here.

This small but important site was excavated in 2002 and 2003 for the Missouri Department of Transportation because it was in the right-of-way for a new bridge over Bull Creek. The site contained six pit features dating to about A.D. 1250. Several of the features had very high densities of well preserved, charred acorns. The acorns were probably being roasted to make them more palatable when an accident occurred, burning them beyond use. 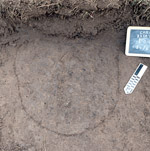 Between 2003 and 2005, CAR conducted archaeological and architectural surveys along I-70 from just east of Columbia to just west of Blue Springs, a distance of about 200 kilometers (124 miles). The project documented 136 archaeological sites, 780 buildings, and 117 bridges. The information gathered will be used by the Missouri Department of Transportation to guide future expansion of I-70.

Between 1999 and 2005, MSU field schools directed by CAR conducted five seasons of investigations in search of material evidence for historic Delaware occupation (A.D. 1821-1830) in the James River valley. A group of Delaware left the West Fork of the White River in Indiana in 1821 after signing the 1818 Treaty of St. Mary’s and settled on the James Fork of the White River (now known as the James River) in Christian County. Often referred to as “Delaware Town,” the Delaware did not live in one main village but rather in small hamlets scattered along the river. This occupation occurred during the height of the fur trade, and several Euroamerican traders (James Wilson, William Marshall, Pierre Menard, Felix Valle) played important roles in the sociopolitical environment affecting the Delaware in southwest Missouri. Recovered artifacts from investigated areas include glass beads, copper and iron tinkle cones, jewelry, silver, European gunflints, and English pearlwares and whitewares. 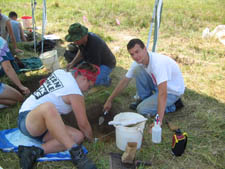 Archaeological and architectural surveys were performed on the area for the proposed T-4 Midfield Terminal and associated parking lots and driveways. No archaeological or architectural resources identified during the survey are considered eligible for the NRHP.

In June of 2006, CAR was awarded a contract from the National Park Service, Wilson's Creek National Battlefield to locate historic structures associated with the Ray House, the only extant structure dating to the battle on August 10, 1861. The 2006 MSU Archaeological Field School spent three weeks testing and excavating areas east and south of the Ray House. The identification of foundation stones and middens indicate that a summer kitchen, or possibly a slave cabin, was located behind the Ray House during the period of the battle. 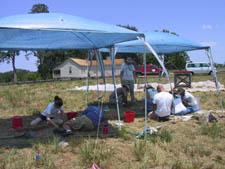 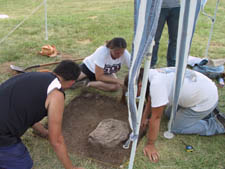 In May of 2005, CAR was awarded a contract by the Foundation for Restoration of Ste. Genevieve (FRSG) to map the Memorial Cemetery in Ste. Genevieve, Missouri, and conduct a ground-penetrating-radar (GPR) study of selected portions of the cemetery. The latter survey was conducted by the Center for Archaeological Research at the University of Mississippi. The purpose of the mapping project was to produce an accurate map of all headstones, monuments, trees, and infrastructure in the cemetery as well as a detailed topographic map. 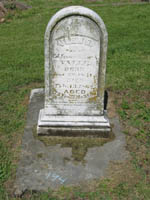 In 2006-2007, Dr. Holly Jones obtained $30,000 in funding via a National Park Service Challenge Cost Share Program to study sites associated with the Trail of Tears in Christian County. The 2006 MSU Archaeological Field School and volunteers from the Ozarks Chapter of the Missouri Archaeological Society tested and excavated what is believed to be the Bell Tavern (left), a stop along the Cherokee northern removal route to Oklahoma during the late 1830s. This research resulted in the identification of 48 foundation stones, stonewares, refined earthenwares, glass, metal, and a clay pipe.

Remote sensing (GPR) has also been employed to confirm the presence of burials at Wilson Cemetery (right). This cemetery may contain the remains of fur trader James Wilson, for whom Wilson Creek is named, a young female slave, and Dreadful Waters, a Cherokee who died while encamped at Bell Tavern.  A traveling exhibit detailing this research will be available (free, plus shipping) to museums and other educational institutions by September 2007. 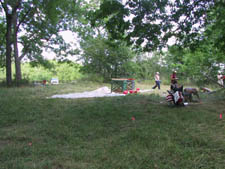 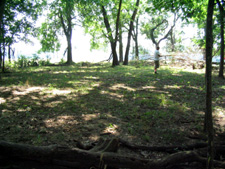 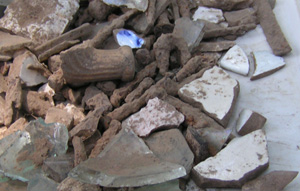 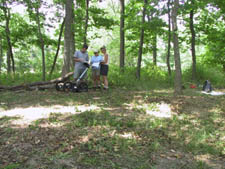 An intensive archaeological survey was performed for the Watershed Committee of the Ozarks at Valley Water Mill (VWM), north of Springfield. The VWM area has had a long history of industry in the middle and late nineteenth century when it was used as a grist mill and pond, and then as a water supply for the city of Springfield in the early and middle twentieth century. The tract is being prepared for new use as a recreational and educational area. Historic research traced the ownership of the VWM tract, the construction and ownership of the mill, and the development of VWM lake as a water source for the City of Springfield. The presence of two schools in the area, the Grandview School (for white children) and the New Hope School (for black children), prompted the research of individual European-American and African-American families in the area.