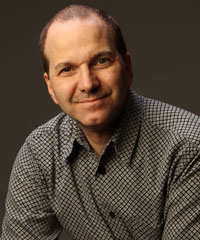 Peter Collins holds the distinction of Professor Emeritus of Music at Missouri State University.  He was a member of the Piano Faculty from 1993 to 2017 and served as Keyboard Area Coordinator from 1996 to 2016.  He received his Bachelor of Music and Master of Music degrees from the Peabody Conservatory under the instruction of Lillian Freundlich.  After winning awards in several piano competitions (the Washington International Piano Competition, the University of Maryland International Piano Competition, the American Chopin Competition, the American Beethoven Foundation) he was granted the Regents’ Fellowship at the University of Michigan to pursue his Doctor of Musical Arts degree with professor Louis Nagel. He has served on the faculties of the Interlochen Arts Academy, the Missouri Fine Arts Academy and the Bösendorfer International Piano Academy in Vienna.

Peter Collins has performed  a wide variety of repertoire ranging from the complete piano sonatas of Mozart and Beethoven to the music of the twenty-first century.  At Missouri State University, he originated the Missouri Chamber Players and toured Europe four times with members of the ensemble in performances of music by American composers.  Peter Collins has completed nine compact-disc recording projects (for the Albany, MSR and Centaur labels) featuring American music, works by women composers, original arrangements and transcriptions and piano music of nineteenth-century New Orleans.

Peter Collins currently resides in his native city of New Orleans where he is active as a performer, independent piano teacher and music researcher.