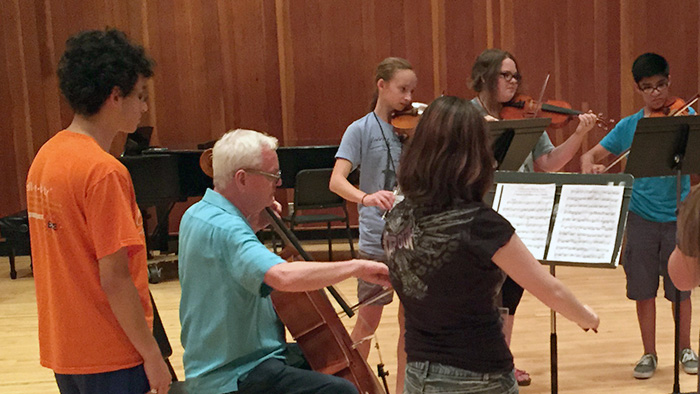 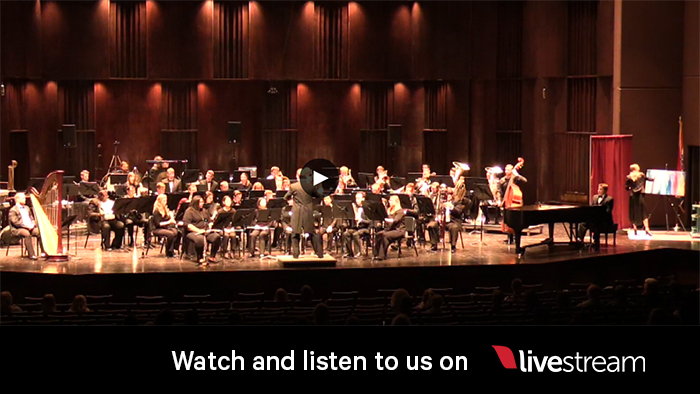 Nothing beats the experience of attending a concert in person, but for those times when you just can't make it, check out our channel at livestream.com/msu-rcoal.

The Missouri State Symphony is a full-size symphonic orchestra that plays the complete range of symphonic literature. It is open to all students of the university, including non-music majors. The orchestra rehearses two days per week in the late afternoon. Students may also participate in the Chamber Orchestra as well a variety of string ensembles.

The orchestra and string programs at Missouri State are housed in Juanita K. Hammons Hall for the Performing Arts. The Missouri State Symphony Orchestra plays all of its home concerts in this state-of-the-art facility located on the northwest side of campus.

The Symphony Orchestra generally performs at least six concerts per year including the President’s Concert, which is in collaboration with the Missouri State Choral Ensembles and featured guest artists. They have been honored on numerous occasions with appearances at the Missouri Music Educators Association conventions and a recent national television appearance on MENC’s “World’s Largest Concert.”

The Missouri State Symphony is a university class taken for credit under the number MUS176. The orchestra meets twice weekly from 3:00pm - 4:50pm on Tuesday and Thursday during the fall semester and spring semester. The string section often rotates seating. Sectional rehearsals are also expected periodically.