Landscape Study of Chaplaincy and Campus Ministry in the United States 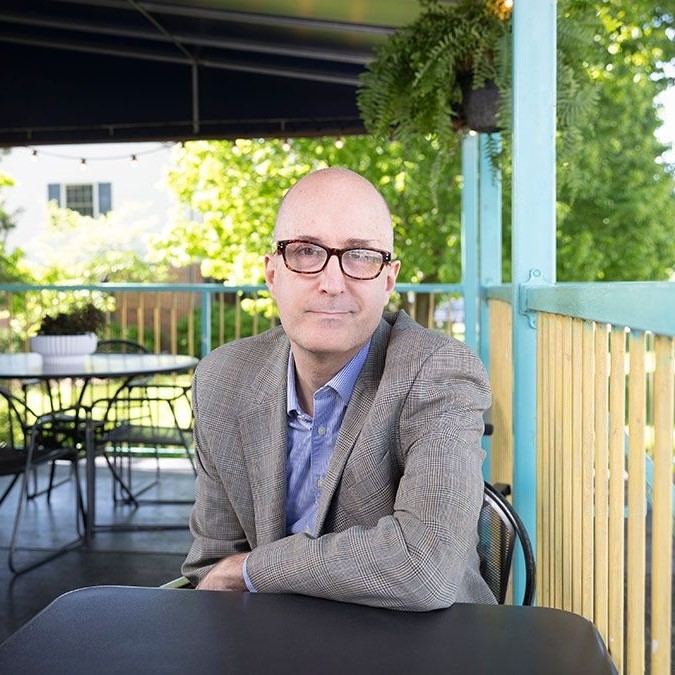 A sociologist by training, John Schmalzbauer teaches in the Religious Studies Department at Missouri State University, where he holds the Blanche Gorman Strong Chair in Protestant Studies. He is the co-author with Kathleen Mahoney of The Resilience of Religion in American Higher Education (Baylor University Press 2018), a book that grew out of an evaluation of Lilly Endowment’s religion and higher education initiative. Between 2004 and 2008 Schmalzbauer served as co-investigator on the National Study of Campus Ministry directed by Betty DeBerg. His first book, People of Faith: Religious Conviction in American Journalism and Higher Education (Cornell University Press 2003), explores the role of religion in the careers of 40 prominent journalists and scholars, including Cokie Roberts, Peter Steinfels, Andrew Greeley, and George Marsden. From 1998 to 2004, Schmalzbauer taught in the Sociology/Anthropology Department at the College of the Holy Cross, where he was an Edward Bennett Williams Fellow in Catholic Studies. He is a graduate of Princeton University and Wheaton College in Illinois.

His publications include the following articles and chapters on campus religion: 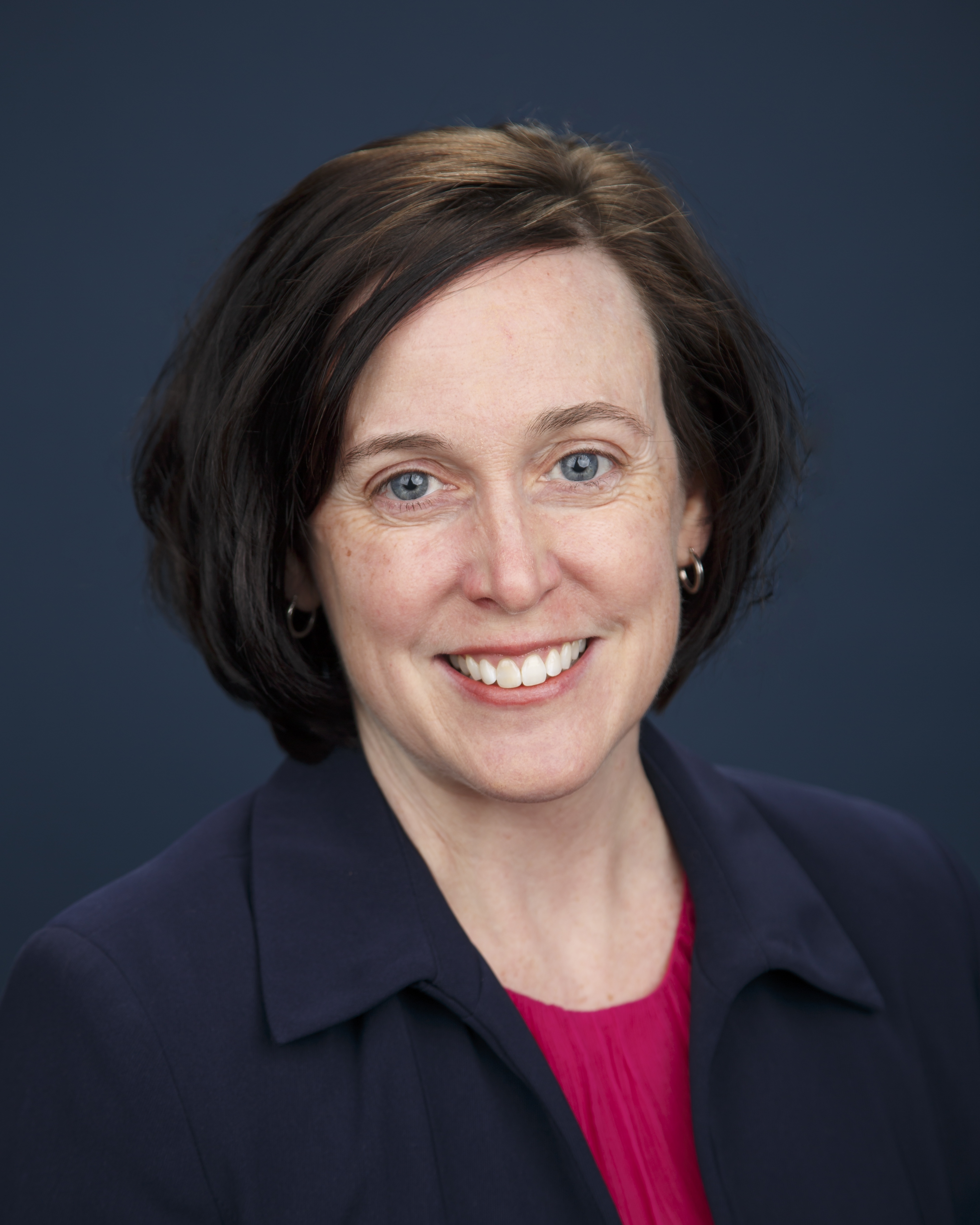 Kathleen Garces-Foley is Professor of Religious Studies at Marymount University. Her scholarship focuses on contemporary religious trends in the United States, including such topics as young adult religious lives, spirituality, the religiously unaffiliated, and the intersection of immigration, race, and multiethnic congregations. She is the co-author (with Tim Clydesdale) of The Twentysomething Soul: Understanding the Religious and Secular Lives of American Young Adults (Oxford 2019), and author of Crossing the Ethnic Divide: The Multiethnic Church on a Mission (Oxford 2007). Garces-Foley is also an expert on end-of-life spiritual care in the United States and the Founding Director of the Coalition to Improve Advanced Care in Arlington, VA, which provides free support and education on end of life issues. She has published articles and book chapters on hospice care and funeral practices and is the editor of Death and Religion in a Changing World (Routledge 2006). She is currently researching the death positive movement and “death doulas.” Garces-Foley was a Fulbright scholar in Slovenia in 2014 and was awarded a Fulbright to Hungary in the fall of 2020, which was canceled due to COVID-19. She is one of 2 Virginia faculty members honored by the State Council of Higher Education for Virginia (SCHEV) with its 2012 Virginia Outstanding Faculty “Rising Star” Award. 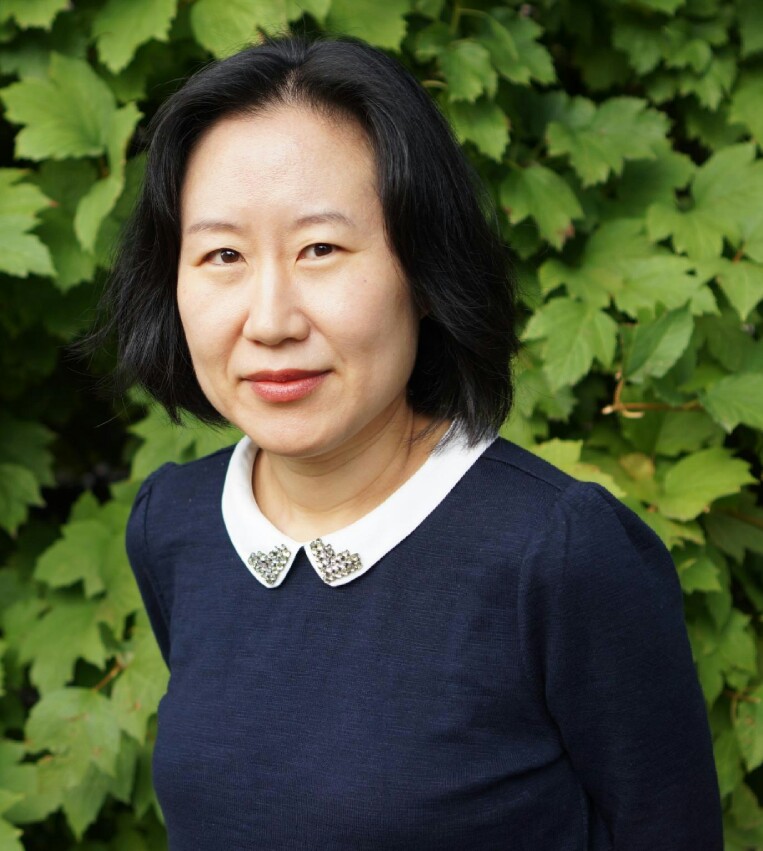 Rebecca Y. Kim is the Frank R. Seaver Chair of Social Science. She is Professor of Sociology and the Director of the Ethnic Studies program at Pepperdine University. She specializes in immigration, race, and religion and has published widely on such topics, particularly related to Asian American evangelicals. She is the author of God’s New Whiz Kids? Korean American Evangelicals on Campus (New York University Press 2006) and The Spirit Moves West: Korean Missionaries in America (Oxford University Press 2015). Both of these books are on Korean American evangelicals on college and university campuses. She has also published articles on diversity, Asian Americans, and campus ministries like the of following: 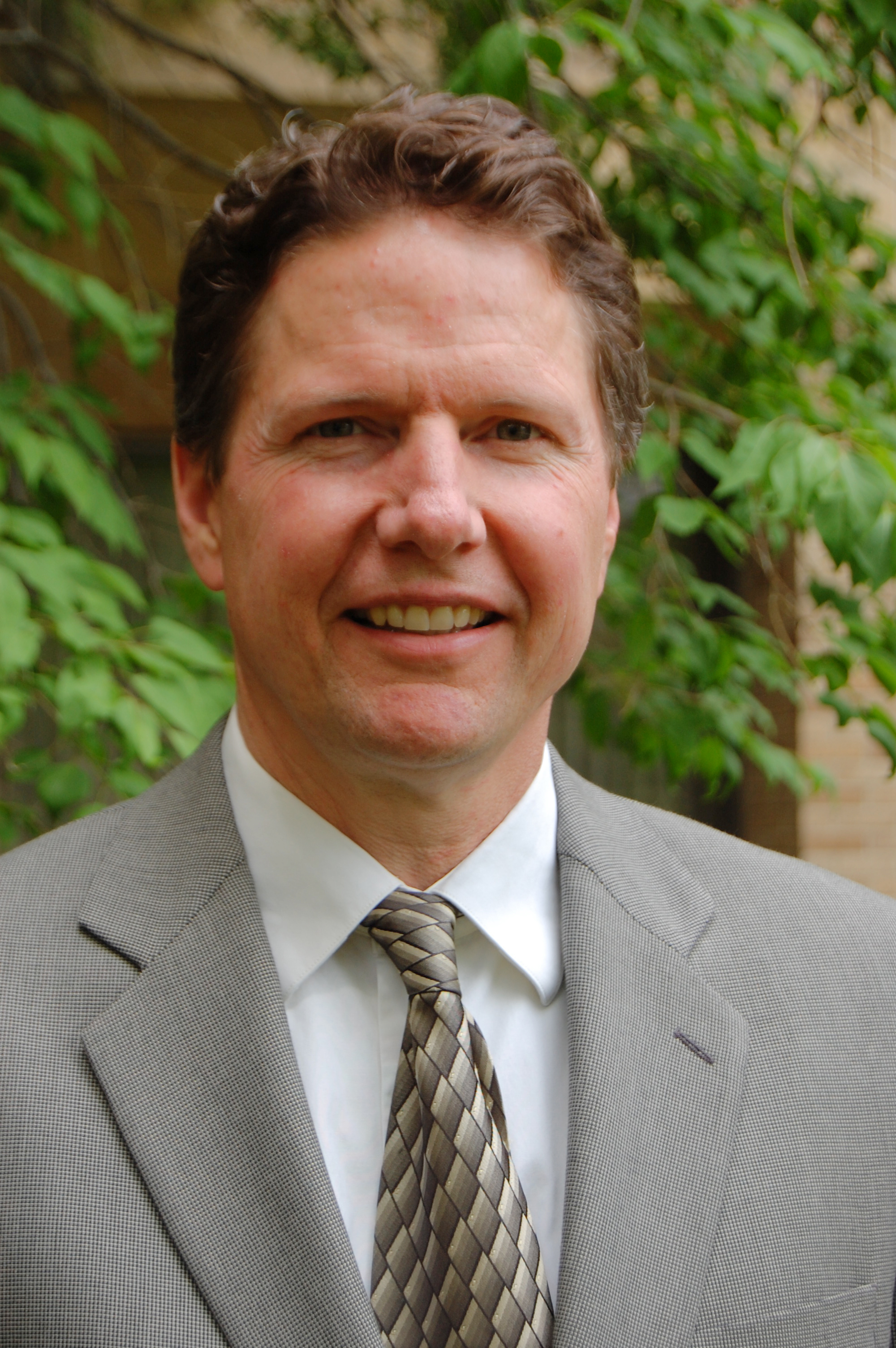 David Sikkink (Ph.D., University of North Carolina, Chapel Hill) is an associate professor in the Department of Sociology at the University of Notre Dame, and directs the Cardus Religious Schools Initiative at Notre Dame. He is a Fellow in the Center of the Study of Religion as well as the Institution for Educational Initiatives. His main research interests are in education, religion, and politics. Sikkink's publications include articles on pathways from religious participation of teenagers to educational outcomes (The Sociological Quarterly). It reveals how religious participation affects social capital and extracurricular participation of teenagers, which in turn leads to better educational outcomes. Sikkink has also investigated the relation between religious tradition and view of public schools, which resulted in an article in Social Forces "The Social Sources of Alienation from Public Schools." His current work focuses on school sector effects on outcomes in the young adult years, such as civic participation and political engagement, giving and volunteering, educational degrees, and occupation. 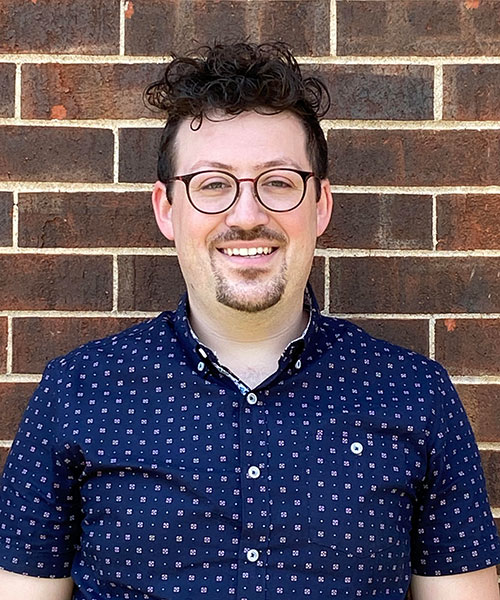 Cody Yanez is a graduate student in the Missouri State Religious Studies program. He will be working alongside Dr. John Schmalzbauer as a research assistant throughout the 2020-2021 school year. A native of California, Cody spent his early childhood in the San Francisco Bay Area before moving to the rural Sierra Nevada foothills. In 2012, he moved to Springfield, MO to attend Evangel University where he earned a B.A. in Music and Biblical Studies. Cody resides in Springfield with his wife, Amber. He is a licensed Minister in the Church of God in Christ. He serves as the Youth Pastor and Choir Director of Sanctuary of Praise C.O.G.I.C. His theological and academic interests draw on African American Pentecostalism, Marxism, and Latino Liberation Theology. 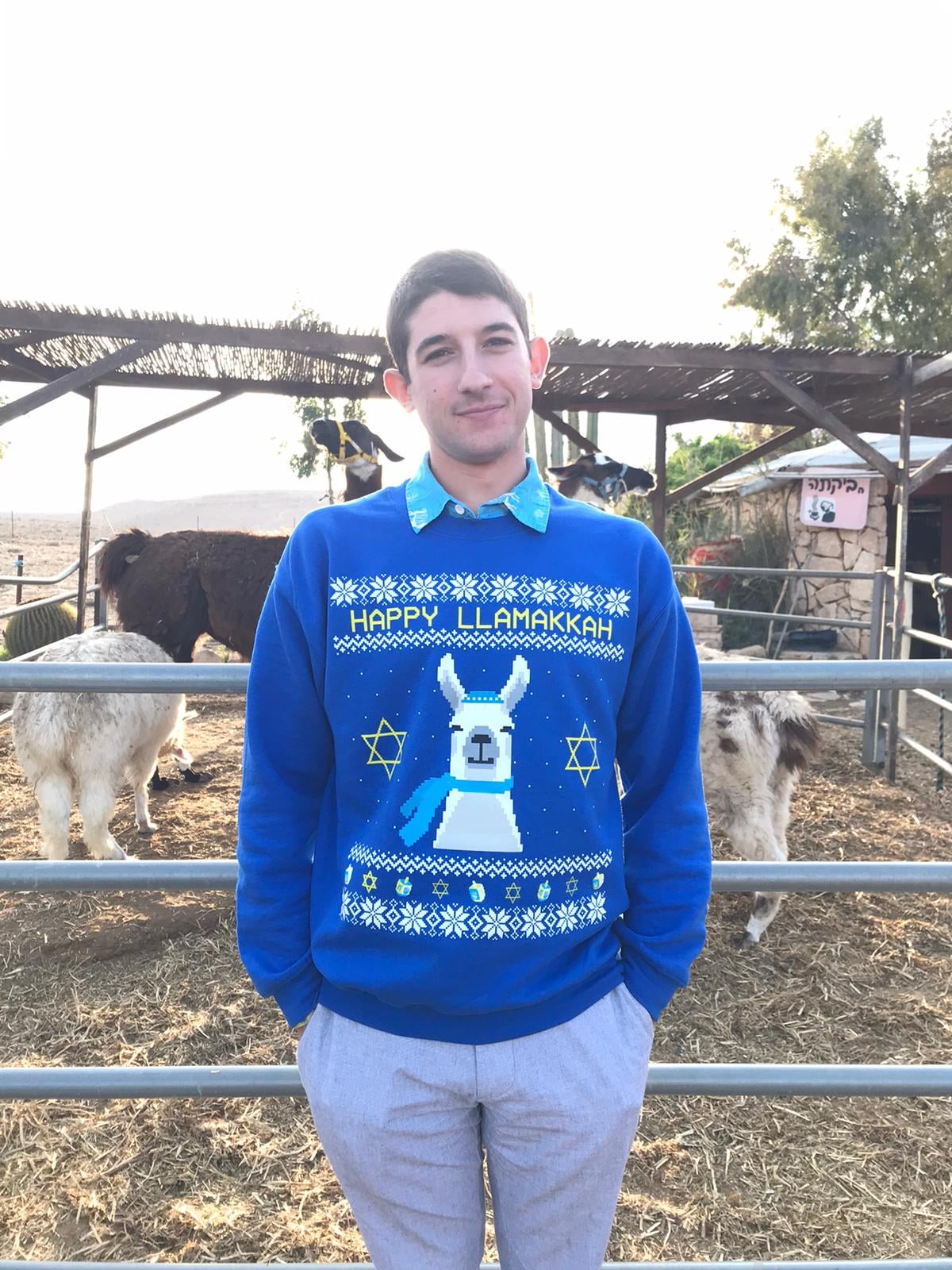 Grant Besner is a first year Master's student in Religious Studies at New York University where he hopes to learn a thing or two about postsecularism in the digital age. Grant views himself, in order of personal significance, as an educator, storyteller, and an alpaca herder, having taught students in faraway lands such as China, Vietnam, and the 8th grade, and having produced Is (that)raeli? a narrative podcast series about Israeli identity, while volunteering and wrangling Hebrew-speaking llamas on The Alpaca Farm under the Negev sun. He has a degree in Computer Science from Duke University, wears exclusively Hawaiian shirts, and has just emerged to hatapauch hagado! (the Big Apple) after a month-long hike on the Appalachian Trail. Grant hails from South Florida but does not identify as a "Florida Man". He is thrilled to be a part of such a talented and excellent team of scholars and researchers trying to better understand the enduring impact of religion on the world today!

Dané Wallace has been the project manager for the Landscape Study of Chaplaincy and Campus Ministries since April 2020. Danè has an M.A. in Religious Studies and has been teaching at Missouri State University since 2005 in both the Global Studies and the Classical Studies program. Beyond the overall project management responsibilities, Danè oversees the project website and conducts investigatory research to help supplement the data collections for the study. She is very pleased to return to her academic roots in Religious Studies and to expand her intellectual and professional horizons in this new-to-her position.