Dr. James E. Cofer, Sr., was the 10th president of Missouri State University. He was named in 2010 after serving eight successful years as president of the University of Louisiana at Monroe. From 2002-10, he and his wife, Deborah, led an extraordinary renaissance at ULM, highlighted by the “Reclaiming Our Campus” campaign, the addition and planning of more than $80 million in new construction and renovations on campus, and the improvement of the education programs and living environment for students. Under Dr. Cofer, ULM expanded the College of Pharmacy, increased private contributions and strengthened the University’s reach in the community and the state.

Prior to being named president at ULM, Dr. Cofer served as vice president for finance and administration for the University of Missouri System. He also served as vice president for finance and administration of the University of Arkansas System, as well as vice chancellor for fiscal affairs and treasurer of the Board of Regents for the University System of Georgia where he served as the chief fiscal officer of the System. President Cofer was also chief fiscal officer under two governors for the state of Mississippi.

Although his tenure at Missouri State came during a difficult economic period, the University accomplished much under President Cofer’s leadership. He opened up the budget process, balanced the budget without cutting the academic departments even in light of the state appropriation reductions, gave equity raises to 40 percent of the faculty and started the process of raising the pay grades and salaries for staff. The new long-range plan, Fulfilling Our Promise, was successfully completed under his watch. He also initiated a review of the General Education Curriculum, expanded the campus’s thinking about ways in which to offer courses and he pushed for greater emphasis on student learning outcomes. 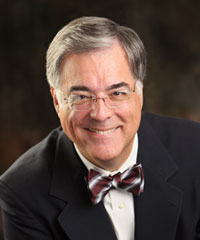