President Nietzel implemented the Provost model in 2006 and established educational partnerships, such as a Cooperative Engineering Program with the Missouri University of Science and Technology in Rolla.

During President Nietzel’s tenure, more than $150 million in capital projects were completed, initiated or planned. The highlight was the $67 million, 11,000-seat JQH Arena, which was completed in November 2008. The state-of-the-art facility was made possible by a $30 million gift from Springfield-based hotel developer Mr. John Q. Hammons. The opening event in JQH Arena was a concert by one of the best rock bands in history, the Eagles, on Nov. 13, 2008, followed by Bears and Lady Bears home opening wins on Nov. 22 and 23, respectively. Other significant capital projects included the renovation of Siceluff Hall, expansion of the Roy Blunt Jordan Valley Innovation Center, and design of, and groundbreaking for, the University Recreation Center.

But President Nietzel’s legacy is the IDEA Commons, Missouri State’s vision and commitment to create an urban research park blended with residential, retail, commercial and entertainment facilities, and supported by multidisciplinary University programs. This project brings together Innovation, Design, Entrepreneurship and the Arts (IDEA). Anchored by the Roy Blunt Jordan Valley Innovation Center, the IDEA Commons is intended to develop a sense of place that will be attractive to young, talented professionals: scientists, artists and entrepreneurs. When fully developed, the 30-acre area will have transformed a deteriorating area of Springfield into a vibrant urban neighborhood. 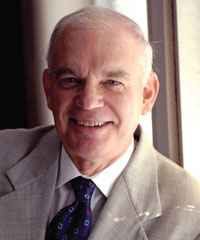