While other colleges were experiencing static or declining enrollments, SMSU experienced a 62 percent increase in enrollment between 1971 and 1983, becoming the second largest four-year public institution in the state. Coping with growth was a primary challenge.

Three classroom buildings and four new residence halls were added to the campus, which had expanded to 125 acres. The first public-private facility project came in 1976 with the building of Hammons Student Center. Private support for needed capital improvements led to the establishment of the SMSU Foundation and ended the tradition of naming new buildings after legendary faculty and staff. The Duane G. Meyer Library was the last facility to be named in honor of a faculty member.

The period also saw the establishment of the State Coordinating Board for Higher Education, and the transfer of the State Fruit Experiment Station in Mountain Grove to the University. The Missouri legislature also granted the campus in West Plains state budget eligibility which stabilized its future.

Women’s athletics won Division II national championships in both field hockey and softball, and pioneered the move to Division I athletics competition in 1976. In 1981 all University athletics programs officially moved to NCAA Division I competition. 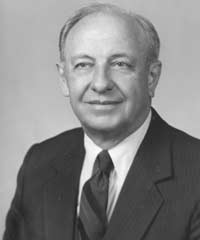