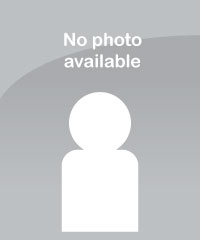 Dr. Hornsby-Gutting is an historian of the twentieth-century United States. She is particularly interested in African-American youth culture, race-based communal activism and gender constructions among black men and women in the early 20th century.

Hornsby-Gutting's first monograph, Black Manhood and Community Building in North Carolina, 1900-1930 (University Press of Florida, 2009; paperback, 2011) examined how black middle­class men reconciled disfranchisement and racial oppression in an era of legalized segregation by building, alongside black women, various communal institutions designed to improve the race and race relations. As issues of middle-class respectability and how to raise black boys to be responsible "race men" occupied the agendas of both black men and women, instances of cooperation, tension, and negotiation between the sexes and among African American men also influenced their work.

Hornsby-Gutting's articles and essays have appeared in the Journal of Negro History, the Journal of Southern History, the Blackwell Companion to African-American History and Southern Cultures. She is currently completing a monograph of the National Training School for Women and Girls, founded and led by race activist and educator Nannie Helen Burroughs. Her research details how the School functioned as a multi-organizational, transnational entity which, operated in a modular fashion, satisfied numerous constituencies and ideologies.

“Disclosure and Dissemblance: Nannie Helen Burroughs and the Challenge of Black Women’s Biography” The American Historian no. 3 (February 2015): 16-17.