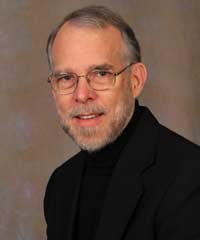 Robert Quebbeman is a Professor at Missouri State University, where he serves as Director of Orchestral Activities and is the Director of Graduate Studies in Music. He has studied conducting with maestros Herbert Blomstedt, Max Rudolf, and Elizabeth Green, and has published articles on conducting.

Dr. Quebbeman conducts the Missouri State Symphony Orchestra, which performs an extensive schedule during the school year. Under his direction, the Orchestra performed at the 2010 National Convention of the College Orchestra Directors Association, and also on a nationally televised broadcast of MENC’s “World’s Largest Concert.” The orchestra has performed on numerous occasions at the Missouri Music Educators Association Conventions. In addition to the normal schedule of concerts, the Symphony Orchestra appears yearly in the Music Department's production of the President’s Concert, which is a series major works for orchestra, chorus and soloists.

Active in state and national circles, Dr. Quebbeman is a member of the College Orchestra Directors Association and has been a member of the American Symphony Orchestra League, for which group he appeared on national panels in the United States and Canada. He is also a member of the Music Educators National Conference and Missouri Music Educators Association. For fifteen years he was the Music Director of the Springfield Regional Opera, and he has guest conducted and performed with the Springfield Symphony.

A native of the Chicago area, Dr. Quebbeman taught both instrumental and vocal music in the Illinois public schools before becoming Associate Professor of Music at Minot State University (ND). While there he was conductor of the Minot Symphony Orchestra and the Minot Community Opera Association.